PRINCE William and Kate Middleton have been leaning on “stabilising force” Carole Middleton since Prince Harry and Meghan Markle left the royal family.

The Duchess of Cambridge’s mum, 65, is said to be the true “power behind the throne” with “immense influence” over her daughter and son-in-law, according to a royal expert.

Royal author Phil Dampier told Fabulous Digital: “Carole is a very strong woman who comes from quite a humble background, and the fact that she has worked herself up with a successful business has given her a backbone of steel.

“Kate turns to her for advice and comfort all the time and she spends a lot of time with William and Kate’s three children.

“Now that Harry and Meghan have in effect left the royal family, there is a lot more pressure on William and Kate.

“Carole will be a stabilising and supportive force in the background, looking after the kids when needs be but also just being there for them.

"Carole is very much a power behind the throne and her influence is immense."

A source close to the family claimed that the former BA air hostess Carole has been a substitute mother figure for Prince William, 37, who lost his own mum in 1997 when he was just 15-years-old.

They said: “William’s in-laws have become like second parents and Carole is almost a Diana-Type mum.

“Harry has missed out by not having that influence and someone he can turn to in this country and now seems dependent on Meghan."

The source added that Kate and Prince William have made “quite a few visits to see the Middletons in Berkshire” and “Carole has spent a lot of time at Anmer Hall with the couple”, following the Sussexes leaving the family.

They added: “William has been leaning on Carole and Michael a lot during Megxit.

“Understandably William and Kate have been very upset by what has happened.

William’s in-laws have become like second parents and Carole is almost a Diana-Type mum.

“Not only has William lost his brother as a working member of the family but he and Kate now have a much greater burden.

“Being able to talk to Carole and share his feelings has been a great help.”

Royal expert Phil said of Prince William’s bond with Carole and Michael Middleton, who run the event supplies company Party Pieces, that they have “provided a middle class down to earth haven for him”, and “help to keep him grounded”.

NBC's royal correspondent Ashley Pearson claimed that Carole played a maternal role in Wills' life during the early days of his romance with Kate and would lie on the sofa with his head on her lap when visiting the family home.

Since the Duke and Duchess of Sussex announced they are stepping back from duties and splitting their time between the UK and Canada, the spotlight has been on the Cambridges to hold the fort.

The Duchess of Cambridge, 38, has stepped up to the plate working non-stop in their absence, and did four engagements last week.

Phil added: “There will be stressful times ahead and Kate and William will need the support of Carole and Michael more than ever.”

Carole Middleton is very much a power behind the throne and her influence is immense.

Speaking of Middleton parents’ close relationship with the Cambridges, Phil said: “Carole is very much the doting grandmother and George in particular is very close to her.

“She would often take him out when he was younger, just the two of them, walking in woods or to the beach.

“She took him to nursery school in Norfolk and helped to give him and his siblings the most normal possible upbringing.


WILLIAM'S RELATIONSHIP WITH THE DOWN-TO-EARTH MIDDLETONS 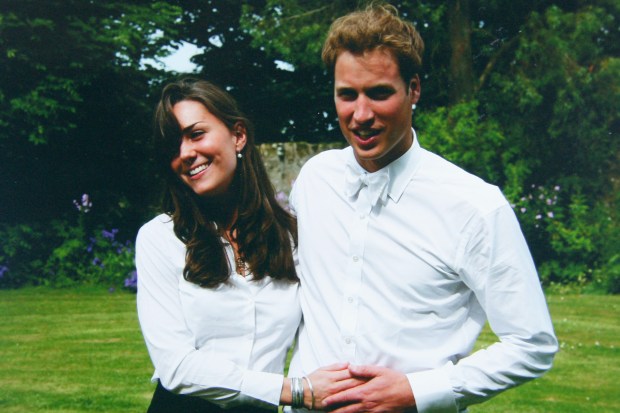 NBC's royal correspondent Ashley Pearson said on the documentary William and Harry: Brothers In Arms that part of Kate's appeal back when she was dating Prince William was the close-knit family she came with.

Ashley explains: "Talking to a royal insider several years ago, she told me one of the reasons William fell in love with Kate Middleton from the very beginning was because of her family and her close relationship with her siblings and parents."

She added: "He would lie on the couch with his head in the lap of Mrs Middleton.

"Or he would sit after dinner and talk for hours with Mr Middleton.

"Feeling part of that close, tight-knit, very British family was the first time in his life that he'd had that experience and for William it was entirely intoxicating."

Since they married in 2011, he has remained close to the Middleton family - and so have his children.

“He loves spending time with them as a family and I think that’s something Harry has missed out on with his in-laws because of the splintered nature of the Markles.

“Carole had three children and now so does Kate so she wis well placed to counsel her on family matters.

“I’m sure Kate had three children because she came from a family of three, and Carole wouldn’t have discouraged her!"

Most read in Fabulous

'i felt him kick'

CONFESSIONS OF A SEX ADDICT

A BRIT GLAMMED UP

February 19: You are ready and able to reveal much more about yourself

We told you how Prince George and Princess Charlotte play "shopkeepers" with nan Carole at her firm Party Pieces.

Prince Harry headed to Canada earlier this month to be with his wife Meghan Markle and son Archie.

Prince William would 'lie on the couch with his head in the lap of Carole Middleton' during his visits to Bucklebury, royal expert claims
Topics
Comments are subject to our community guidelines, which can be viewed here.

'i felt him kick'

CONFESSIONS OF A SEX ADDICT

A BRIT GLAMMED UP

February 19: You are ready and able to reveal much more about yourself

We were lost when our baby girl died, other parents can't face what we did

CHEW ARE WHAT YOU EAT

What your food cravings tell you about your health and diet